I wanted to talk about artificial sweeteners today because I’ve noticed that there’s a lot of confusion and misconceptions revolving around these non-caloric sweeteners. Artificial sweeteners and the huge list of products sweetened with them are marketed to you relentlessly as “healthy foods” or “healthier” than sugar or corn syrup sweetened products. But are they really?

Just to clarify, some of the most popular artificial sweeteners on the market today are:

Sucralose (aka, splenda) is probably one of the worst offenders of claiming to be “healthy” as they say that it’s “made from real sugar”. Don’t be fooled!? It’s still an artificial substance, and a fairly nasty chemical at that.

What they don’t tell you is that Splenda is actually a chemically modified substance where chlorine is added to the chemical structure, making it more similar to a chlorinated pesticide than something we should be eating or drinking.

This is one of the biggest misconceptions that I see all of the time and it saddens me to see so many people poisoning themselves and their family with dangerous artificial sweeteners like splenda, while falsely thinking they’re doing something healthy.

The truth is that artificial sweeteners are not even close to being healthy, and as you’ll discover in a minute, can easily be just as bad for you, if not worse, than sugar or corn syrup. Most people think that they are doing something good for themselves by choosing the “diet” drinks or “lite” yogurts compared to the sugar-laden versions, but the problem is that you’re exposing yourself to a whole new set of problems with the artificially sweetened drinks and foods.

I know you’re probably frustrated by all of the contradicting messages you hear each day about which foods are good for you and which are bad. I’m sure just today you probably saw some clever ad or commercial somewhere screaming health benefits for a food product that is loaded with artificial sweeteners. ?Don’t worry… Just stick with me and I’ll get past the marketing hype for you and decipher the truth. I’ll also give you some ideas for great alternatives to artificial sweeteners as well as alternatives to sugar or corn syrup sweeteners.

The fact is, artificial sweeteners vs. sugar or corn syrup is really just a battle between two evils. Which evil is worse?

I’m sure you already know the problems with sugar or high fructose corn syrup sweetened products. The excess empty calories, the massive blood sugar spike, and the resulting insulin surge this creates in your body not only promotes fat gain, but also stimulates your appetite further, making things even worse. These massive blood sugar spikes also contribute to glycation in the cells of your body, which basically makes you age faster.

On the other hand, artificial sweeteners save you calories, but there’s growing evidence that they can increase your appetite for sweets and other carbohydrates causing you to eat more later in the day anyway. Therefore, you don’t really save any calories at all.

One study I read wanted to find out why people that drink diet soft drinks often gain even MORE weight than those drinking regular soft drinks, and they theorized that people drinking “diet drinks” many times eat more calories because they fool themselves with the calories they thought they saved from the diet drink.

All of the 4 artificial sweeteners listed at the top of this article are nasty chemicals that the human body is simply not meant to ingest, and humans?historically would never have ingested in nature.

However, most of the population is ingesting a whole lot of these chemicals on a daily basis. Aside from the problems I touched on so far, other health issues that have been related to artificial sweeteners in scientific studies as well as observations are:

Now some of the above potential health problems are definitely not proven as fact in studies. However, some of them have been shown in animal studies given high doses. Also, if you do some research, you’ll find hoardes of people that attribute the use of artificial sweeteners over the years with all sorts of illnesses in themselves or in family members.

Regardless of the fact that some of the health problems for actual human use are not proven conclusively yet, I don’t know about you, but I’d rather protect myself and my family and steer clear of these possibly dangerous artificial chemicals.

Of course, despite all of the health issues potentially associated with artificial sweeteners, the companies that sell the products will continue to claim that they are fully safe. Don’t believe them!? The bottom line is that the body was not designed to deal with foreign substances like artificial sweeteners. Take my word on that one.

So what are your options for healthier alternatives?

Well, your best alternatives for the caloric sweeteners like sugar or corn syrup are either natural raw honey, organic maple syrup, coconut sugar, or even molasses. ?In fact, organic blackstrap molasses is loaded with more potassium than a banana per tbsp of molasses, and also contains many other nutrients like calcium, iron, and other important minerals.

Even though these alternatives still have the same amount of calories as sugar or corn syrup… honey, organic maple syrup, coconut sugar and molasses actually provide some nutrients, including minerals and antioxidants, so it’s not just empty calories. Empty calories such as white refined sugar stimulate your appetite more because your body is lacking nutrients.

Now you’re probably thinking that you’d like to still save on calories but avoid the nasty artificial sweeteners. Good news… You can! 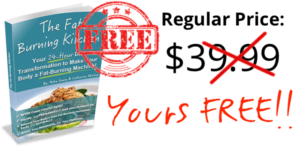 You’ve probably seen me reference this natural sweetener in a lot of my recipes called Stevia. I’ve been using stevia for years as an alternative sweetener when you still want to save a little on calories and sugar but don’t want to harm your health with artificial sweeteners.

Stevia is not artificial like the other chemical sweeteners I mentioned above. Stevia is simply a natural non-caloric HERB that’s been used for thousands of years in some parts of the world. When dried into a powder, it has a sweetness about 200-300 times stronger than sugar.

One problem I’ve noticed with using Stevia is that the pure powder is a very powerful sweetener, so you can easily use too much. However, I’ve found some good Stevia products that use a bulking agent added (or mixed with a natural sugar alcohol like erythritol or xylitol) so that you can measure out the stevia powder in direct comparison to measuring sugar.

I’ve yet to see any negative reports or health concerns regarding stevia and only positive potential health benefits. After all, it’s simply an HERB as opposed to a nasty artificial chemical created in a lab.? I definitely give Stevia my seal of approval. Do yourself a favor (and your family), and if you are currently an artificial sweetener junkie, please consider switching to stevia and/or other natural sweeteners.

You can use it in your coffee or tea, to sweeten up plain yogurt, added to smoothies for extra sweetness, in oatmeal, in baking, or where ever else you might need a sweetener but want to reduce the sugar content.

As an example, when I make Paleo style muffin recipes, if the recipe calls for 1 cup of sugar, I’ll use 1/3 cup of coconut sugar (so that it’s at least a more nutrient rich alternative) and then use several packs of stevia for any additional sweetness needed.? In this scenerio, I’m reducing the sugar content of the recipe by a whopping two-thirds, and actually getting more flavor from the coconut sugar compared to white sugar.? And it makes a muffin with a lot less calories too!

For my morning coffee, I actually use a mixture of half coconut sugar and half stevia (along with grass-fed cream) for a delicious cup of coffee that only has about 2-3 grams of sugar in the entire mug of coffee!? Here’s also another article with my 3 best tips for making the healthiest coffee ever.

I hope you got some benefit from this important discussion. Feel free to share this link and email it to anybody you know that might be overdoing the artificial sweeteners.

by Mike Geary – Certified Nutrition Specialist and ?Author of best-sellers:? The Fat-Burning Kitchen