Choosing healthy food is important if you want to feel great and stay well, but equally as important are the beverages you choose to consume.But with so many supposedly health-enhancing beverages to choose from today, how are you to know what really are the healthiest beverages?

From stevia-sweetened sodas?and waters with ?natural flavors,? to coconut water and kombucha, it can be confusing to figure out the best choices.

1. Water
We all know proper hydration is important. But did you know that many people live in a state of chronic low-level dehydration that can affect every part of heath even the ability to think clearly.

In a recent study at the University of East London, more than half of school children tested were found to be in a state of mild dehydration at the beginning of the school day. Children were given a test to measure cognitive performance, and then were given glasses of water and retested. In nearly every measure, including happiness, visual attention,?and visual search, their scores increased.

Similar studies with both children and adults have confirmed the findings that proper hydration is essential for cognitive performance and mental health.

If you’re a soda addict and are having difficulty switching to water, try sparkling water. A Soda Stream machine is more eco-friendly and more affordable in the long term than buying bottled sparkling water. Plus, carbonated water has been shown to relieve dyspepsia (pain, bloating and nausea) as well as constipation.

If you prefer drinking flavored beverages rather than water, you might try infusing drinking water (sparkling or not) with a slice of lemon, lime, orange, or grapefruit. Fresh mint leaves, cucumbers, sliced strawberries, or sliced ginger are also delicious. To infuse water, you can try an infusion bottle or simply make up a pitcher and chill it in the refrigerator for a refreshing treat anytime.

Water is the most natural beverage on the planet, and ideally, we should consume an abundance of fresh, clean water every day. But unfortunately, much of our water is polluted. Find out more about water pollution, and about water filtration options,?here.

2. Green Tea
Green tea is widely reported as one of the best beverages for cancer prevention, but did you know that green tea has also been found to improve artery function, thus reducing the risk of cardiovascular disease?

Our blood vessels are lined with the endothelium a thin, protective lining of cells. The endothelial cells produce a gas called nitric oxide which helps our blood flow smoothly. These precious cells only live for about 30 years. As these cells die and are replaced, people in their 40s and 50s often experience a decline in endothelial function. This decline in endothelial function is associated with an increased risk of heart disease, stroke, diabetes, cancer, and more.

No matter how hard you try, you’re still bound to accumulate toxins in your body…Learn to do-it-yourself detox when you attend this free, online event!

However, a decline in endothelial function is not inevitable. A study published in the Journal of the American College of Cardiology found that Chinese adults were less susceptible than white Australians to endothelial dysfunction and, in fact, the older Chinese studied had the arterial function of Australians in their 20s!

What was their secret? Researchers believe it was participants? traditional Chinese diet, including green tea rich in flavonoids.

In another study, adding milk whether cow’s milk or soy milk was found to dramatically reduce the bioavailability of the antioxidants in tea.

Adding lemon, however, was found to increase levels of antioxidants. These antioxidants help prevent the damaging effects of oxidation on cells throughout the body.

3. Hibiscus Tea
In 2010, an extensive?study?was conducted on the total antioxidant content of more than 3,100 foods, beverages, spices, herbs, and supplements used worldwide. This study included 283 beverages.?Of all beverages included, hibiscus tea was found to be highest in antioxidants.

Hibiscus leaves are what make Red Zinger tea zingy, and they can be quite tart. One way to sweeten this ruby red herbal tea is by making a variation of the classic Mexican drink, called Agua Fresca. This is traditionally made with watermelon, lime, and sugar, but you can leave out the sugar. This?Hibiscus Agua Fresca takes advantage of the natural tartness of hibiscus and blends it with the sweet flavor of watermelon to create a delicious flavor combination.

From a health perspective, the dietary flavonoids in watermelon have been shown to be anti-inflammatory and reduce muscle soreness after exercise. Watermelon is also rich in citrulline, which is metabolized into arginine, an essential amino acid. The consumption of citrulline has been shown to help improve symptoms of erectile dysfunction in men. 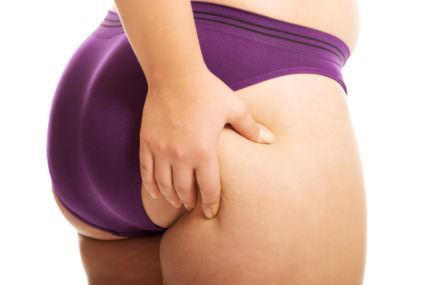 Women With Larger Behinds are Healthier and More Intelligent 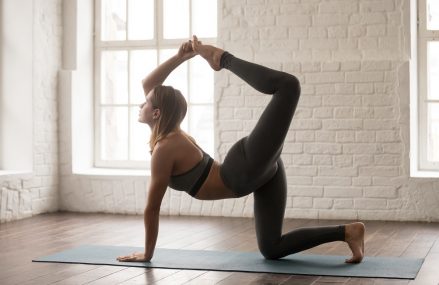 Ways to Prepare Yourself for the First Pilates Class 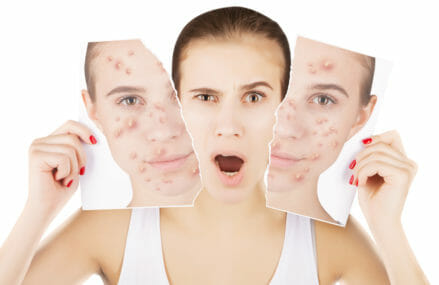 Acne Cures: Is there a Natural Acne Cure that Works?