Have you heard gut? Do you know what the symptoms gut are? The GI condition commonly known as “leaky gut syndrome” has been gaining a lot of attention lately for several reasons:

This last point is especially shocking to me because “intestinal permeability” has been discussed in the medical literature for over 100 years!

You would be surprised at how many health conditions are a result of having leaky gut. The father of modern medicine Hippocrates said “All disease begins in the Gut” and research is now proven he was absolutely right. Essentially, leaky gut syndrome (intestinal hyperpermeability) is condition that happens as a consequence of intestinal tight junction malfunction. These tight junctions are the gateway between your intestines and what is allowed to pass into the blood stream.  Your tight junctions keep things out like toxins, microbes and undigested food particles.

But having leaky gut is essentially like having the gates broken from your intestines to your blood stream so many of these particles that should never have been able to enter have now gotten through.  When this happens it causes inflammation throughout your body leading to a variety of diseases.

According to a study published in a Norwegian medical journal this process is implicated in the onset of disease include several acute and chronic pediatric conditions that are likely to have their origin during infancy and has been linked to:

So how do you know if you have a leaky gut? Keep a watch out for these 7 leaky gut symptoms.

The 7 Signs You Have Leaky Gut

1. Food Sensitivities: People affected by food sensitivities oftentimes find that leaky gut is to blame. Because of the onslaught of toxins that enter the bloodstream, the immune systems of people with intestinal hyperpermeability are on overdrive mass-producing various antibodies, which makes their bodies more susceptible to antigens in certain foods (especially gluten and dairy).

2. Inflammatory Bowel Disease: Researchers from Hungary have recently uncovered that elevated gut permeability is oftentimes localized to the colon in people suffering from irritable bowel syndrome and ulcerative colitis.

Another study suggests that, for Crohn?s disease patients, leaky guy is prevalent in a majority cases and even up to 10% – 20% of their clinically healthy relatives, which suggests a potential genetic component. Zinc supplementation has been found to be quite effective at tightening up the intestinal tight junctions in these cases.

3. Autoimmune Disease: The key to understanding how leaky gut can cause an autoimmune disease is through the research done on a protein known as zonulin. According to a 2011 article published in the journal Physiologic Reviews,

Zonulin is the only physiological modulator of intercellular tight junctions described so far that is involved in trafficking of macromolecules and, therefore, in tolerance/immune response balance. When the finely tuned zonulin pathway is deregulated in genetically susceptible individuals, both intestinal and extraintestinal autoimmune, inflammatory, and neoplastic disorders can occur.?

Eating gluten can oftentimes trigger this dangerous cascade. University of Maryland, School of Medicine researchers have uncovered that gluten activates zonulin signaling irrespective of the genetic expression of autoimmunity, leading to increased intestinal permeability to macromolecules.

4. Thyroid Problems: One of the autoimmune diseases that leaky gut syndrome may directly affect is Hashimoto’s disease. Also known as chronic thyroiditis, this disorder can lead to hypothyroidism, impaired metabolism, fatigue, depression, weight gain, and a host of other concerns.

5. Malabsorption: Various nutritional deficiencies result from leaky gut include vitamin B12, magnesium and key enzymes that help digest food. It is recommended that people with leaky gut supplement with a whole foods based multi-vitamin and live probiotic to not only help digest the food that they eat, but to make sure that they get the vital nutrition that they need.

No matter how hard you try, you’re still bound to accumulate toxins in your body…Learn to do-it-yourself detox when you attend this free, online event!

6. Inflammatory Skin Conditions: First described over 70 years ago, the gut-skin connection theory has described how intestinal hyper-permeability can cause a slew of skin conditions; particularly acne and psoriasis.  Generally, dangerous creams and drugs are prescribed for these skin disorders, yet they can oftentimes be fixed by healing the gut!

7. Mood Issues and Autism: According to a study published in the journal Neuro Endocrinology Letters, leaky gut has been shown to cause various neurocognitive disorders. For example, the inflammatory response characteristic of intestinal hyperpermeability triggers the release of pro-inflammatory cytokines and other chemicals that induce depression.

Regarding autism, a study was published in the journal Nutritional Neuroscience describing the vicious circle between immune system impairment and increasing dysbiosis that leads to leaky gut and neurochemical compounds and/or neurotoxic xenobiotics production and absorption.? The idea is that the metabolic pathways impaired in autistic children can be affected by genetic alterations or by environment-xenobiotics interference.

What the Medical Community Has to Say About Leaky Gut Syndrome

And to make matters worse, Government agencies have also contributed to the confusion. According to the United Kingdom?s National Health Service (NHS),

There is little evidence to support this theory, and no evidence that so-called ?treatments? for ?leaky gut syndrome?, such as nutritional supplements and a gluten-free diet, have any beneficial effect for most of the conditions they are claimed to help.

Yet, not everyone agrees. In the words of Linda A. Lee, MD gastroenterologist and Director of the Johns Hopkins Integrative Medicine and Digestive Center  “We don’t know a lot but we know that it exists.” Nevertheless, In the absence of evidence, we don’t know what it means or what therapies can directly address it.

This is an important to point to keep in mind.

In the medical world, if there are no standard diagnostic criteria for a disease, there are no specific therapies or treatments. Moreover, if there are no proven treatment models, then most MD?s are left with no other choice than to travel along the ?safe path? and prescribe drugs; which, in this case, are oftentimes Prevacid or generic ant-acids like Tums.

Because most of the medical community denies its very existence, it?s critical that you understand what leaky gut is and what to look out for in case you or a loved-one is affected by it. This way, even though your doctor may not pick up on the clues, you’ll be armed with the knowledge that you need to make the necessary lifestyle and dietary changes. 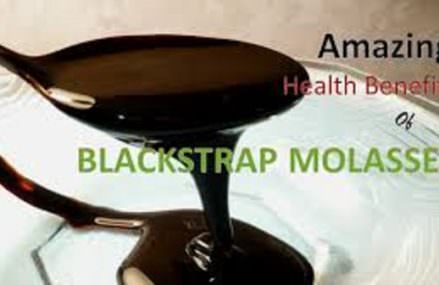 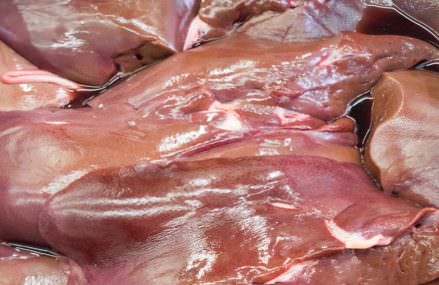 Signs That You May Be Iron Deficient