Small intestine bacterial overgrowth (SIBO) is a condition in which abnormally large numbers of bacteria are present in the small intestine. SIBO may often be confused with IBS. In fact, it is involved in over half of the cases of IBS and was present in as high as 84% in a study using breath testing as the diagnostic marker.

SIBO accounts for 37% of cases when endoscopic cultures of aerobic bacteria are used for diagnosis. Eradication of this overgrowth leads to a 75% reduction in IBS symptoms.Bacterial overgrowth leads to impairment of digestion and absorption and produces excess quantities of hydrogen or methane gas. These gases are not produced by human cells but are the metabolic product of fermentation of carbohydrates by intestinal bacteria. When commensal bacteria (oral, small intestine, or large intestine) multiply in the small intestine to the point of overgrowth, IBS is likely. Hydrogen or methane breath testing is the most widely used method of testing for this overgrowth. Stool testing has no value in diagnosing SIBO.

Symptoms of SIBO include the following:

How to treat SIBO

A special diet (specific carbohydrate diet or gut and psychology syndrome diet) should be followed by all people with SIBO. Since bacteria use carbohydrates as their energy source and ferment them to gas, a low-carbohydrate diet can directly reduce symptoms by decreasing the amount of gas produced. Reducing carbohydrates may also reduce the overall bacterial load as the food supply shrinks, although formal studies to validate this are lacking.

Many people experience a rapid and significant decrease in symptoms after starting a restricted diet to treat SIBO. These diets decrease polysaccharides, oligosaccharides, and disaccharides by eliminating grains, starchy vegetables, lactose, sweeteners other than honey, and (in the beginning) beans. The specific carbohydrate diet has been reported to have an 84% success rate for inflammatory bowel disease.

Diet alone has proven successful for infants and children, but for adults other treatment options are often needed, particularly in cases where diet needs to be very restricted to obtain symptomatic relief. Diet is also essential for prevention after SIBO treatment.

The incidence of SIBO is up for discussion by many health care professionals. But not for those who suffer from it. Try dietary changes and see if your condition improves.

5 Foods To Help Beat The Cold And Flu 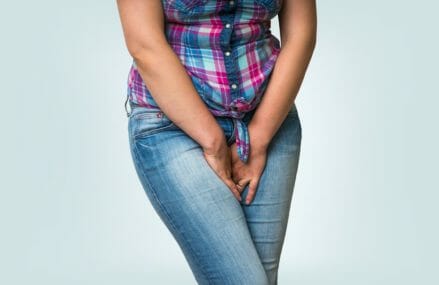 5 Reasons Why You Always Need To Pee