One of my favorite desserts is apple pie, but it took me a long time to realize that what I actually love so much about that sweet treat is the cinnamon.

Cinnamon, a common household spice, has been used to season food for centuries, especially desserts.

The warming spice is often used in baking, but it’s also used in curries, teas, and other meals. Cinnamon sugar is a particular favorite for people everywhere, perfect for french toast, waffles, and sticky buns. According to Medical News Today, cinnamon has been eaten by people since at least 2000 BC, when ancient Egyptians considered it a prized substance. Later, in medieval Europe, doctors used the spice to treat medical conditions, including sore throats, coughing, and arthritis.

Cinnamon is a wonderful spice because it’s loaded with antioxidants, including polyphenols. Antioxidants protect our bodies from free radicals, which damage the body and speed up the aging process. According to Rice University, antioxidants fight cell damage, thus also fighting aging, cancer, and a variety of diseases.

One of the common health claims regarding cinnamon is that it fights diabetes. WebMD explains that Cassia cinnamon contains chemicals that can improve insulin sensitivity and other chemicals, which may improve blood sugar control. And according to Authority Nutrition, cinnamon can decrease the amount of glucose in the bloodstream. There is also a compound in cinnamon that mimics insulin.

Inflammation is the way our bodies fight infections and repair tissue damage, but too much inflammation can be problematic. The Cleveland Clinic explains that chronic inflammation can cause discomfort and can even trigger disease processes. The antioxidants in cinnamon can act as anti-inflammatories, which can lower swelling and decrease inflammation. According to a study in Food & Function, cinnamon can help with the pain related to PMS, allergic reactions, muscle soreness and more.

Anytime you realize you have smelly breath, you might reach for a mint or a piece of gum. Gum comes in many flavors, including mint, bubble, fruity flavors, and even cinnamon.?Instead of reaching for a piece of cinnamon gum next time your breath gets a little stale, opt for some natural cinnamon instead.?A study in Evidence-Based Complementary and Alternative Medicine found that cinnamon can also fight the oral bacteria that cause tooth decay and cavities.

If you love cinnamon, please SHARE this article with your friends! 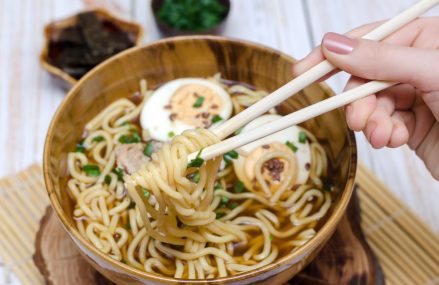 Defining What Pandas is.