From time to time, we all experience memory lapses, misplace our keys or forget someone’s name, at least for a few minutes. This may prompt worry about getting Alzheimer’s, particularly if we have an older parent who was afflicted by this disease.

It’s easy to see why people are concerned. Around one in nine people aged over 65 has Alzheimer’s disease. One in three over 85 has the disease. The risk increases with age and has a genetic component.

The traditional view is that if you are younger than 65, with no impact on your daily routine on a regular basis, your memory lapses are not usually caused by Alzheimer’s disease.

These lapses are more likely due to poor sleeping habits, especially sleep apnoea (which periodically reduces oxygenation of the brain), low rates of satisfaction at work and high levels of alcohol consumption.

However, if you or your family members are worried about your memory, see your family doctor. They will check your thyroid function, nutritional status and current medications, among other things, which may affect cognitive function.

Your doctor will then test your memory with a screening tool such as the the Montreal Cognitive Assessment. This identifies people with memory or other cognitive complaints, such as looking for words, or for your car in the parking lot, and delays in making decisions.

The wild card now is that Alzheimer’s pathology in the brain starts 20 years before symptoms, when amyloid builds up in the brain. This is the first step in a cascade of events leading to dementia.

While amyloid builds up outside the neurons in the brain, twisted strands of a protein called tau form inside the neurons. This damages and kills off neurons. Eventually the brain is no longer able to compensate for the damage.

Symptoms begin with memory loss and confusion. But by the time cognitive decline is detected, the disease has already taken hold. Later, the damage in the brain impairs basic bodily functions, such as swallowing.

Fortunately the strategies that researchers are investigating to prevent Alzheimer’s disease are already accessible to all of us:

1) Reduce your vascular risk factors in mid-life: exercise regularly, reduce your weight and don’t smoke. This also helps control high blood pressure, high cholesterol and diabetes if you already have these conditions.

These vascular risk factors can block and harden the arteries, which impairs the body’s ability to pump oxygen- and nutrient-rich blood to the brain and other organs.

At a population level, a higher level of educational attainment reduces the risk of Alzheimer’s disease later.

Some people may be more forgetful because of their genetic make-up, including the presence of a gene called Apolipoprotein E 4 (ApoE 4), which is involved in carrying cholesterol in the bloodstream.

Another gene called HMGCR, which acts like a natural statin, may cancel that risk. Researchers are now testing an old cholesterol-lowering drug to see if it can mimic that protective gene.

Another high-risk group is those who already have a substantial amount of amyloid in their brain. Australian researchers are investigating whether amyloid antibodies, given intravenously once a month, can combat this decline.

Back to your memory lapses. Surprisingly, many people are still unsatisfied when told that they do not have Alzheimer’s disease, since this does not change the fact that they have memory lapses.

But don’t go looking to attention-enhancing drugs such as methylphenidate, as there is little data to support its use. Nor is there any evidence to support the use of Alzheimer’s drugs cholinesterase inhibitors (donepezil, rivastrigmine, galantamine) and memantine.

Much better advice is to get physically and socially active. This will immediately improve your memory and may prevent Alzheimer’s disease in the long run.

A Healthy Living Guide for Those Approaching Their 50s 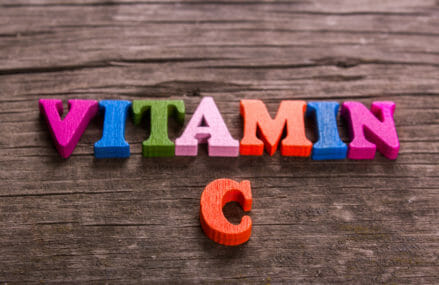