It’s time to bring garlic from the kitchen to the medicine cabinet. Known as Allium sativum in scientific circles, garlic is considered one of the best disease-preventing foods because of its potent and widespread effects.

For more than 5,000 years dating back to ancient Egypt garlic has been used in medicine. Other ancient cultures, including the Greeks, Romans, and Chinese, have used garlic as well. As part of the Allium species, garlic is closely related to onions, shallots, and leeks. It’s a good source of manganese, vitamin B6, vitamin C, selenium, and fiber. Aged Garlic Extract (AGE) has been the subject of more than 700 medical studies assessing its various aspects, including garlic’s benefits for cardiovascular health, immunity support, and even cognition.

AGE is slightly different than the garlic clove used for cooking. Similar to other garlic forms (powder, oil, or extract), AGE must be processed before it can be used as a supplement. Raw, sliced garlic is submerged in ethanol and stored for 20 months. This process naturally stabilizes the sulfur compounds found in garlic, making it easier to digest and increasing its antioxidant content. The aging process also helps remove many of the irritants, oxidants, and odorous components from raw garlic.

As a supplement, AGE can deliver a more uniform dose of garlic at a higher concentration than eating raw garlic cloves, and a supplement possesses a high bioavailability rating. it is easily absorbed by the body, crossing into the bloodstream and organ tissues.

Recent studies have shown that AGE contains powerful antioxidant compounds, such as carboxylic acid and L-arginine, which play important roles in combating oxidant-induced conditions that occur as the body ages. AGE provides critical nutrients used by the body to produce its own antioxidants for protecting itself from radiation, neutralizing chemicals, and clearing out toxins. It also supports healthy cell production at the DNA level. These properties make AGE an excellent choice for anti-aging support.

Another important benefit of AGE is its ability to help the liver. The organosulfur components of AGE’S-allyl cysteine and S-propyl cysteine are water soluble and help fortify the liver’s glutathione production. This is a very powerful antioxidant that helps the body eliminate toxins at a cellular level. Glutathione helps prevent damage to liver cells caused by the toxicity of several drugs even aspirin and acetaminophen. AGE also assists in the conversion of enzymes in the liver, which are responsible for the detoxification of heavy metals, chemicals, and other toxins.

AGE has been shown to increase the activity and number of immune cells. It boosts the activity of natural killer cells, which attack foreign bacteria and virus cells a first line of defense against the common cold and other infections. AGE also helps the body slow the release of histamine, an immune-system response that is commonly associated with allergies. It is also an antifungal, preventing the growth of candida and similar fungal organisms.

Due to its antioxidant properties, AGE may also assist in reducing stress, physical pain, and fatigue. It has been suggested that AGE may help regulate body weight by increasing the metabolizing of sugar drug and it supports brain health by benefitting memory and nerve growth.

Although many of the same benefits can be seen by consuming raw garlic, garlic oil, or garlic powder, one 1,000-mg dose of AGE is equivalent to six or seven cloves of raw garlic. AGE is easier on the stomach and highly digestible, but it may cause heartburn, in some cases, if taken on an empty stomach. Benefits of garlic supplementation can typically be observed after three months of use. Because garlic thins the blood, consult a physician before taking the supplement if you are currently taking any medication. 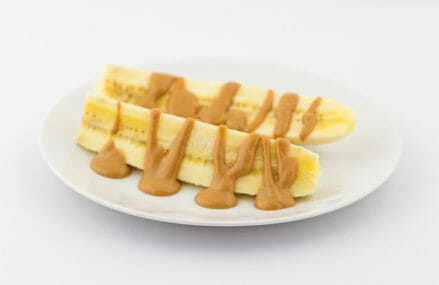 One thought on “Benefits of Aged Garlic Extract (AGE)”